“I am looking for sir Maud Peeters ?” This was the first question I got asked during my first experience as an organising member of an international academic conference. The person who asked was a Latin-American participant and Maud may not be a very common name in these countries. Still, this sentence made me reflect upon gender identity, how it’s influenced by names and how this differs across language borders. I saw many surprised faces of participants who discovered that the person who had sent them mails ‘on behalf of the organizing committee’, turned out to be a 24-year old women instead of a man. For me, this tells us something about the dominant ideas and power relations in the academic world.

No worries : this article won’t be a plea against gender inequality or patriarchy in the academic. The astonishment of these people wasn’t really about being surprised by a young women holding a position with authority. Their amazement reflected a sense of embarrassment about their own prejudged point of view. Therefore I want to take this blogpost as an opportunity to talk about self-reflection and facilitating a more inclusive (academic) world, with a conference on media activism and academic activism as test case.

The OURMedia Conference (27 – 30th of November, Brussels) attracted a diverse audience with more or less as much men as women among the participants. A total of 20 different nationalities arrived in the Belgian Capital : from Papua-New Guinea, Turkey, Ghana and Serbia to Finland, Canada and Colombia. The diversity of the participants group was partially facilitated by conscious choices : travel grants for participants with a lack of financial support, the possibility to participate through Skype and live translation during the conference (French and Spanish to English, and English to French). Media professor Andrew O Baoill rightfully noticed on his Twitter account that this led to some dynamic interactions. 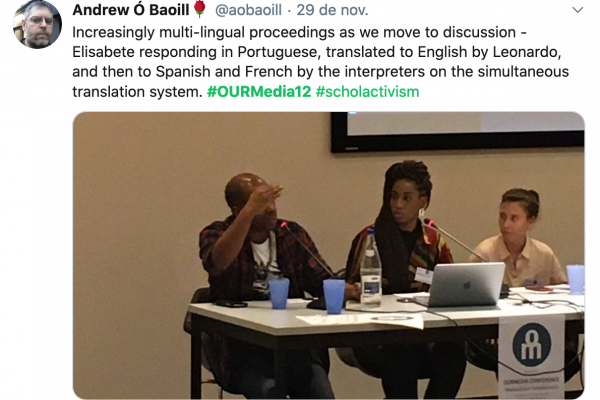 Leonardo da Costa Custódio, a Portuguese speaking Finish post-doctoral researcher, facilitates Elizabete Edelvita Chaves, a Brazilian doctoral student in defending her work, an investigation of racism towards black female scholars in her homeland. It was a touching moment. Most members of the audience didn’t speak Elizabete’s mother tongue. However, their common language is the urge to speak out on social injustice. Elisabete’s power of expression was both hopeful and painful to witness. Hopeful because it reminds of all those who have the courage to speak about or stand up for people who are experiencing social injustice. Painful because injustice will never be something to get used to, which it shouldn’t be.

That attending an academic conference could go so deep to personally touch me, was something which I found quite unexpected as a fresh doctoral student. Similar to the Colombian participant, I associated the academic habitat with ties and ratio. I am happy that this image was already debunked in my third month.

This discovery is probably linked to the more unconventional nature of this conference. The program consisted of both scholars and activists, which breaks with traditional academic conventions. Where most conferences are aimed at displaying success, the OURMedia Conference makes a lot of room for self-contestation. Researchers and research subjects were standing alongside each other, which enabled meaningful reflections on authority, ownership and representation. 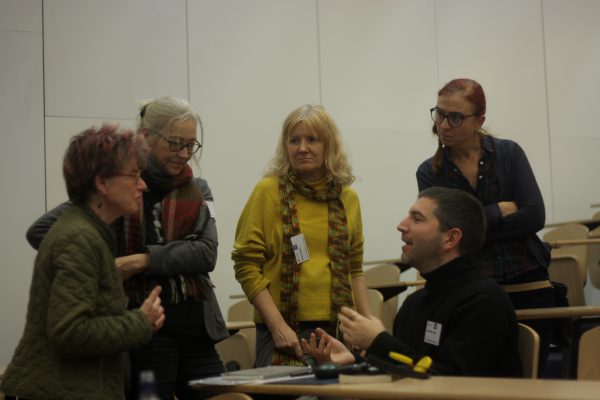 Although the program reflected the horizontal relationship between scholars and activists, this didn’t resonate in a physical anchoring. Leonardo, the Finish postdoctoral researcher, noticed that the setup of the conference didn’t enable dialogue. Instead of the standard installation of speaker-audience, we could have initiated little working groups or round table meetings to facilitate more interaction among the participants. Indeed, self-contestation. Or how collectively asking questions is sometimes more satisfying than exposing all the answers. 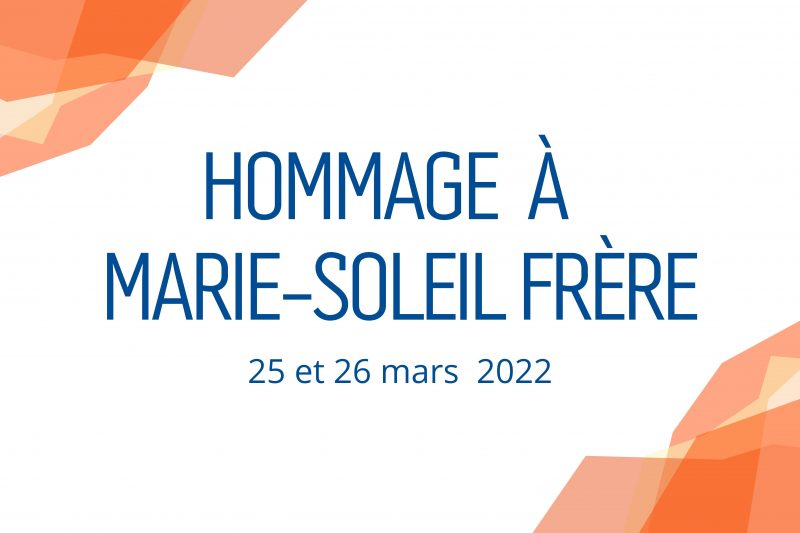 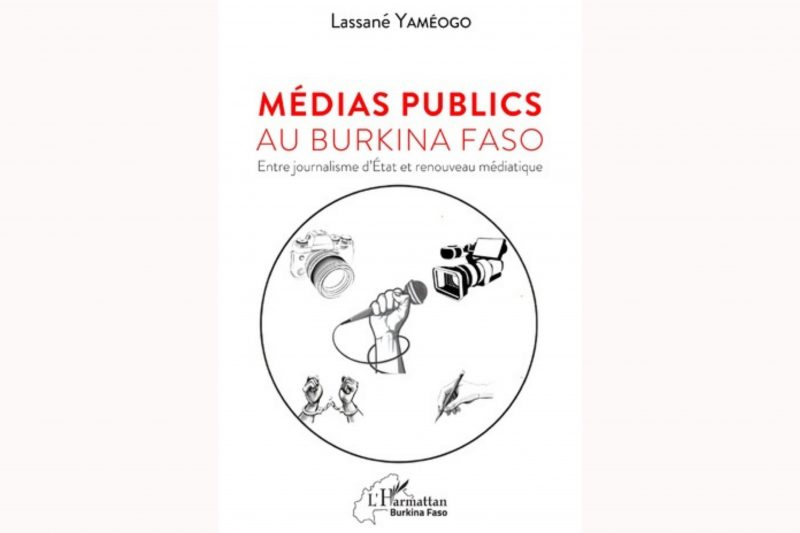 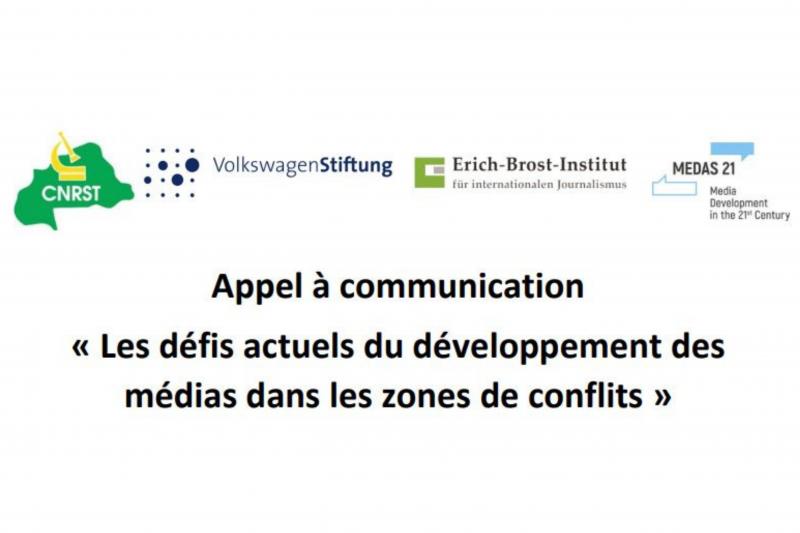 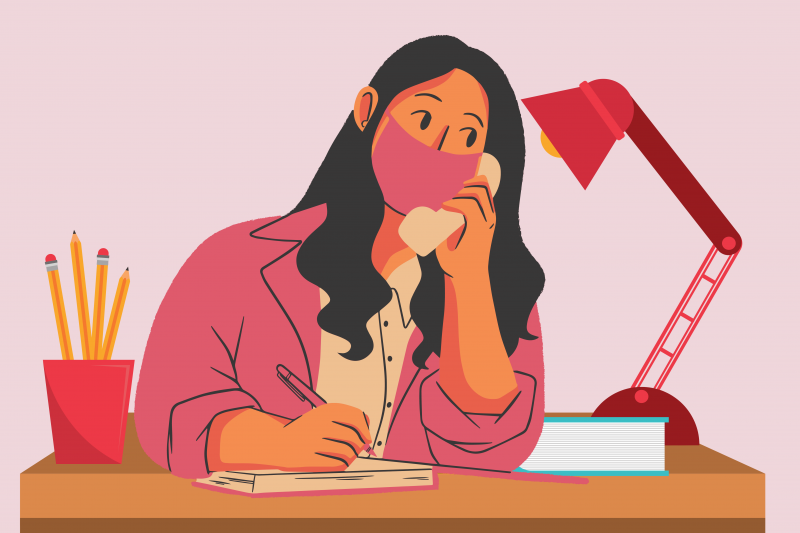